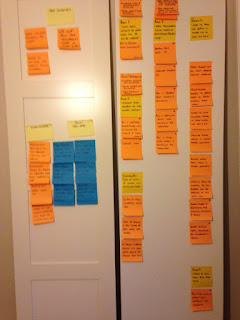 It be International Talk Like A Pirate Day 2016, and what better time that to lift the lid on the latest Leda Entertainment project - "Bullion: The Curse of the Cutthroat Cattle"!

Bullion is a local multiplayer game of fighting, looting and bovine piracy for up to four players, featuring a crew of pirate bulls, and gameplay in which can turn allies into enemies and vice-versa at a moment's notice. Over the coming months, we will be regularly posting updates and progress reports as we work our way from concepts and prototypes towards the finished game:
We're very excited about this project - it's a first for us here at Leda Entertainment in many different ways, and a big step up from anything we've done before. So please make sure to check in regularly, and comment, leave messages of support, "like" us, link us, etc., etc. Any cow/bull/beef puns are also welcome, and may even get used in the game!

So crack open the rum, and thanks for joining us on this voyage!
Posted by BullionGame at 06:00 No comments: